PI planning is considered the heartbeat of Scaled Programs. It is a high-visibility event, that takes up considerable resources (and yes, people too). It is critical for organizations to realize the value of PI planning, otherwise, leadership tends to lose patience and gives up on the approach, leading to the organization sliding back on their SAFe Agile journey. There are many reasons PI planning can fall short of achieving its intended outcome. For the purposes of quick readability, I will limit the scope of this post to the following 5 reasons which I have found to have the most adverse effect.

Let’s do a deeper dive and try to understand how each of the above anti-patterns in the SAFe implementation can impact PI planning.

Insufficient Preparation: By preparation, I don’t mean the event logistics and the preparation that goes along with it. The logistics are very important, but I am focusing on the content side of it. Often, the Product Owner and team members are entirely focused on current PI work, putting out fires, and scrambling to deliver on the PI commitments, so much so that even thinking about a future PI seems like an ineffective use of time. When that happens, teams often learn about the PI scope almost on the day of PI planning, or a few days before, which is not enough time to digest the information and provide meaningful input. PI planning should be an event for people from different teams/programs to come together and collaboratively create a plan for the PI. To do that, participants need to know what they are preparing for and have time to analyze it so when they come to the table to plan, the discussions are not impeded by questions that require analysis. Specifically, this means, that teams should know well in advance, what are the top 10 features that teams should prioritize, what is the acceptance criteria, and which teams will be involved in delivering those features. This gives the involved teams a runway to analyze the features, iron out any unknowns, and come to the table ready to have a discussion that leads to a realistic plan.

Inviting only a subset: As I said in the beginning, PI planning is a high-cost event. Many leaders see it as a waste of resources and choose to only include team leads/SMs/POs/Tech Leads/Architects and managers in the planning. This is more common than you might think. It might seem obvious why this is not a good practice, but let’s do a deep dive to make sure we are on the same page. The underlying assumption behind inviting a subset of people is that the invitees are experts in their field and can analyze, estimate, plan, and commit to the work with high accuracy. What’s missing from that assumption is, that they are committing on behalf of someone else (teams that are actually going to perform the work) with entirely different skill levels, understanding of the systems, organizational processes, and people. The big gap that emerges from this approach to planning is that work that is analyzed by a subset of folks tends not to account for quite a few complexities in the implementation, and the estimate is often based on the expert’s own assessment of effort. Teams do not feel ownership of the work, because they didn’t plan for or commit to it, and eventually the delivery turns into a constant battle of sticking to the plan and putting out fires.

Lack of focus on dependencies: The primary focus of PI planning should be the coordination and collaboration between teams/programs. Effectively identifying the dependencies that exist between teams and proper collaboration to resolve them is a major part of the planning event to achieve a plan with higher accuracy. However, teams sometimes don’t prioritize dependency management high enough and focus more on doing team-level planning, writing stories, estimating, adding them to the backlog, and slotting them for sprints. The dependencies are communicated, but the upstream and downstream teams don’t have enough time to actually analyze and assess the dependency and make commitments with confidence. The result is a PI plan with dependencies communicated to respective teams but not fully committed. Or even worse, some of the dependencies are missed only to be identified later in the PI when the team takes up the work. A mature ART prioritizes dependencies and uses a shift-left approach to begin conversations, capture dependencies, and give ample time to teams to analyze and plan for meeting them.

Risks not addressed effectively: During PI planning, the primary goal of program leadership should be to actively seek and resolve risks. I will acknowledge that most leaders do try to resolve the risks, but when teams bring up risks that require tough decisions, change in prioritization, and a hard conversation with a stakeholder, program leadership is not swift to act and make it happen. The risk gets “owned” by someone who will have follow-up action items to set up meetings to talk about it. This might seem like the right approach, but it ends up hurting the teams that are spending so much time and effort to come up with a reasonable plan for the PI. There is nothing wrong with “owning” the risks and acting on them in due time, however, during PI planning, time is of the essence. A risk that is not resolved right away, can lead to plans based on assumptions. If the resolution, which happens at a later date/time, turns out to be different from the original assumption made by the team, it can lead to changes in the plan and usually ends up putting more work on the team’s plate. The goal should be to completely “resolve” as many risks as possible during planning, and not avoid tough conversations/decisions necessary to make it happen.

Not leaving a buffer: We all know that trying to maximize utilization is not a good practice. Most leaders encourage teams to leave a buffer during the planning context on the first day. But, in practice, most teams have more in the backlog than they can accomplish in a PI. During the 2 days of planning, it is usually a battle to fit as much work as possible to make the stakeholders happy. For programs that are just starting to use SAFe, even the IP sprint gets eaten up by planned feature development work. One of the root causes for this is having a false sense of accuracy in the plan. Teams tend to forget that this is a plan for about 5 to 6 sprints that span over a quarter. A 1 sprint plan can be expected to have a higher level of accuracy because of a shorter timebox, less scope, and more refined stories. However, when a program of more than 50 people (sometimes close to 150 people) plans for a scope full of interdependencies, expecting the same level of accuracy is a recipe for failure. In order to make sure the plan is realistic, teams should leave the needed buffer and allow teams to adjust course when changes occur.

As I mentioned at the start of this post, there are many ways a high-stakes event like PI planning can fail to achieve the intended outcomes. These are just the ones I have experienced first-hand.  I would love to know your thoughts and hear about some of the anti-patterns that affected your PI Planning and how you went about addressing them. 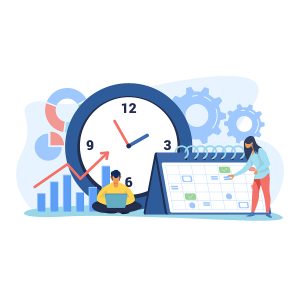