A Developer’s Perspective on Agile Retrospectives

At heart, I’m still a developer. Titles or positions aside, what I enjoy most is solving problems and writing good code to implement the solutions. And so, when I work on strategic technology engagements, I often empathize with the developer teams, and can clearly see their points of view.

Let’s take a look at some of the “anti-patterns” I’ve seen.

In a pro forma retrospective, everybody takes turns to say what they like and what they think can be improved. So far, so good. But nobody is encouraged to develop their thoughts or to expound. So week after week, the retrospective’s answers are, “Everyone is doing a great job, working hard,” and, “Nothing is really wrong.” At that point, the meeting is no longer a retrospective, it’s just a ceremony.

The coach or the scrum master should encourage everyone to speak their minds. Developers coming from a waterfall background, or from a “command and control” background, may not be comfortable expressing their doubts and reservations. Make sure they’re encouraged to do so.

Some coaches I worked with thought that projects were an ideal way to test out new approaches to retrospectives that they had dreamed up. One involved putting stickies on team members’ foreheads and trying to guess something… I don’t even remember the details, the whole thing was so silly. Another thought that putting things in verse was a good idea. I have no idea where in left field these notions come from, but all they succeeded in doing was making the team members feel totally patronized.

Stick with tried and true methods: ask for things that are going well and should be reinforced, then things that need improvement, then action items for reinforcement and improvement. If you want to experiment, that’s fine, but make it clear it’s an experiment and ask for feedback on the experiment itself.

Not following up on action items

Some retrospectives do everything right in the meeting, but nobody acts on the action items. Now it’s just a gab session, not a useful discussion. Make sure the Scrum Master acts outside the meeting to reinforce the good and improve the bad. Then discuss the actions taken at the next retrospective, so that everyone sees something is being done. If there’s time, revisit the improvement areas from the last meeting and ask if things have improved.

Without actual followup, developers will chalk up another “I’ve seen it all before” score, and will see the meetings as wastes of time.

Putting people on the spot

Retrospectives should be about making things better, not about forcing members to be defensive. I’ve seen them run as blame sessions, where “who’s to blame for this?” is the aim. Don’t be that person. The team should be accountable, yes, but trying to affix blame on individuals or groups isn’t productive. Instead, ask everyone for suggested action items to improve the situation, and make sure everyone signs on to the action items.

As developers, we’re trained to expect the worst and to see risk everywhere. Sometimes, it makes us cynical and resistant to faddish concepts. Retrospectives are not that. They’re useful forums to express frustrations in a civil and productive way so that frustrations don’t build up and lead to disruptive behavior in other settings. If conducted well and if effective action is taken, they really do lead to tangible improvements that make everyone’s jobs much easier, including developers.

If you notice that your developer team thinks retrospectives are worthless, glance at this checklist: 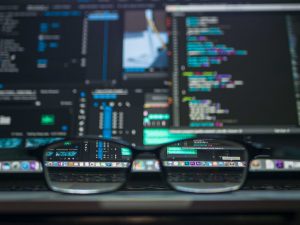