Recently, I was part of a successful implementation of a project at a big financial institution. The project was the center of attention within the organization mainly because of its value addition to the line of business and their operations.

The project was essentially a migration project and the team partnered with the product vendor to implement it. At the very core of this project was a batch process that integrated with several other external systems. These multiple integration points with the external systems and the timely coordination with all the other implementation partners made this project even more challenging.

I joined the project as a Technical Consultant at a rather critical juncture where there were only a few batch cycles that we could run in the test regions before deploying it into production. Having worked on Agile/Scrum/XP projects in the past and with experience working on DevOps projects, I identified a few areas where we could improve to either enhance the existing development environment or to streamline the builds and releases. Like with most projects, as the release deadline approaches, the team’s focus almost always revolves around ‘implementing functionality’ while everything else gets pushed to the backburner. This project was no different in that sense.

When the time had finally come to deploy the application into production, it was quite challenging in itself because it was a four-day continuous effort with the team working multiple shifts to support the deployment. At the end of it, needless to say, the whole team breathed a huge sigh of relief when we deployed the application rather uneventfully, even a few hours earlier than what we had originally anticipated.

I felt it was time for me to build my case to have the team reassess the development, build and deployment processes in a way that would improve the confidence level of any new change that is being introduced. During one of my meetings with my client manager, I discussed a few areas where we could improve in this regard. My client manager was quickly onboard with some of the ideas and he suggested I summarize my observations and recommendations. Here are a few at a high level: 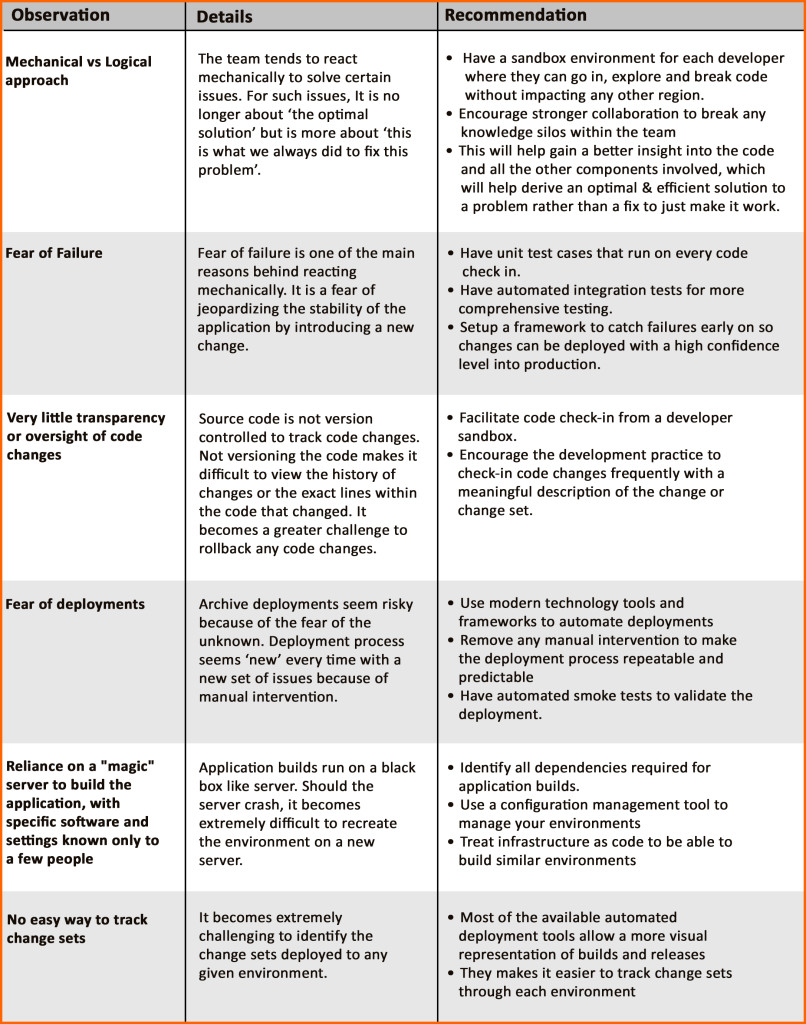 It’s common for these suggestions to fall through the cracks while building application functionality. In my experience, I have noticed they don’t get as much attention because they are not considered ‘project work’. What project teams, especially the stakeholders, fail to realize is the value in implementing some of the above suggestions. Project teams should not consider this as additional work but rather treat it as part of the project and include the tasks in their estimations for a better, cleaner end product. 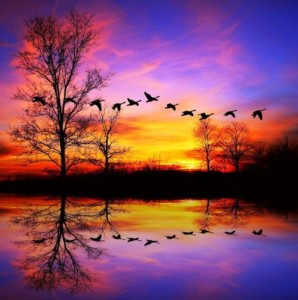