A colleague recently reached out for suggestions to help a new client whose teams are having trouble adapting to using story points.

Here are 10 tips to keep in mind when helping teams in their transition:

Change the Language – Are We Estimating Effort or Estimating Size
Story points are intended to reflect relative size.  And while they are loosely correlated to effort (e.g., the bigger something is, the more effort it takes to do it), they are not meant to represent a precise measure of effort.

Create New Language – Stay Away from Numbers
Historically, we think of size in terms of how-long it will take to do it.  Break that strong association by using a non-numeric, relative scale such as t-shirts, dogs, boats, planes, fruits, vegetables, candy, or planets.

Clarify Language – Are We Talking Effort or Duration
Let’s take a simple example…..I have a friend who can drive across country in 3 days by herself.  It takes me a week.  Assuming we’re taking the same route, and driving the same speeds, why is there a difference?  It turns out that my friend can drive 12-13 hours a day with minimal stops.  Whereas I start falling asleep after 2-3 hours and have to stop frequently.  So it takes me longer (duration) to do the same amount of work (effort).

Duration is the time it takes to complete something from start to finish and is stated in “duration-units” such as hours, days, weeks, or months.   Work (effort) is the amount of work required to complete something and is stated in “work-units” such as man-hours or man-days.  Because these both have a “time” component, we often mingle them together inappropriately, causing problems if there’s not a clear, shared understanding.

For instance, when I estimate a task to be 40 hours, what I mean is “it will take me 40 man-hours to do this, if I have the information and decisions I need in a timely manner, if tools are available when I need them, and if I’m not working on anything else”.  What others often hear is “it will take someone a week to do this”.  I’m talking about effort; others are hearing duration.

The teams my colleague observed used the following definition when estimating their stories:
1 SP = 3-4 days
2 SP = 1 week
3 SP = 2 weeks
5 SP = 4 weeks
8 SP = 6 weeks
They are tracking actual hours worked on each story and are expecting that a 2-point story equates to a consistent number of hours.  But their definition is expressed in duration-units rather than work-units, and the actual effort to complete a 2-point story can vary widely depending on whether one person can finish it in a week or it takes 4 people to complete it.

Don’t define story points in duration-units and expect it to correlate to effort.

Skip Estimation, Go Directly to Work
If your teams are thrashing because of estimation, then don’t estimate.  Use commitment based-planning and have them track their story throughput rather than points or hours.  As they become more comfortable with this, stories will begin to creep smaller and smaller naturally.  Check out more about the #NoEstimates movement.

Compare to a Baseline
Have the team select a story that is representative of the type of work they do, assign a size to it, then compare all other stories relative to the baseline.

Practice Often
The more the team does what’s uncomfortable for them, the more practice they get, and the better they will get at it.  Opt for shorter iteration lengths, as this will offer more opportunities to practice.

Value First
If teams are thrashing, there may be too many changes happening at once for them to absorb.  We’re looking for the creativity and speed that comes from being on the edge of chaos, not in the middle of it.

Focus efforts on improving the ability to create vertical slices of value.

Then Flow
Once teams can craft valuable slices, focus on reducing the variability in story sizes rather than thrash about estimating.  Strive for small stories using story-splitting techniques.  Smaller slices are easier to size, easier to finish, make mistakes visible sooner, and allow for quicker feedback.  Smaller stories also improve the flow of work.

As stories become small, uncertainty and dependencies decrease, and effort and duration can be good approximations of each other.  A rule-of-thumb is a story should be small enough to be completed in less than 1/3 the length of your iteration, e.g., no longer than 3-4 days in a 2 week iteration.  Mature teams will often have stories that take around one day, and all their stories are of similar size.

Remember – it’s the Conversation that’s Important
The magic about relative estimation is not in getting to an answer, but in the conversation that leads to shared understanding.

And…don’t Over-Stress the System
No matter what anyone thinks, pressuring a team to accept 800 hours of “planned” work when they only have 500 hours of capacity is not reasonable, and it will never work.  Forget the “if you challenge them, they will rise to the occasion” call to arms.  After a certain point, that’s just a bunch of malarkey.

As my grandma used to say, “You can’t get blood from a turnip”. 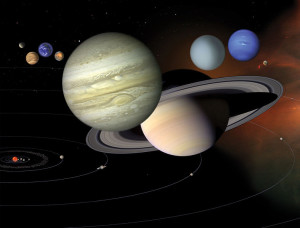