On May 10-11, the Association for Enterprise Information (AFEI) hosted their 2016 Agile in Government summit.  CC Pace is proud to have been a Bronze Sponsor once again at this event.  The two days featured outstanding speakers and experts on various disciplines under the Agile umbrella including some of the basics, Agile testing, scaling Agile, and most notably DevOps.  There were numerous Federal case studies that helped dismiss the notion that some still espouse, that Agile is just the latest buzzword that will never take root in government.  Outstanding speakers, and more importantly, implementers of business and technical agility in their agencies showed how this approach is working for them now. AFEI’s inclusion of private sector subject matter experts helped to round out the discussions.

Matt Kennedy, Program Manager in the Office of the Comptroller of the Currency US Treasury, spoke on the topic of Agile Contracting – Making the Contract Work for You.  He encouraged acquisition and contract professionals to take a fresh look at the Federal Acquisition Regulations (FAR) in order to see that the Federal regulations are indeed much more open to designing contracts for Agile digital services than one might think.  He pointed out that quality contracts that are designed in such a way so as to achieve the required business solutions that an agency needs to support their mission don’t come about by copying and pasting from previous contracts that might appear on the surface to be similar to current requirements.  He also talked about some innovative ways to think about formulating contracting strategy and wording.  He cited the fact that at DHS, Citizenship and Immigration Services (CIS) uses Firm Fixed Price contracting to buy Agile teams of a definite size and makeup.  He suggested that Time and Material (T&M) contracts can be designed to include a percentage reduction in the payment rate to a contractor that misses specific agreed upon milestones, etc. What I took away from his presentation was that thinking in the box is okay, but thinking is essential.

Gene Kim, Author, Researcher and Founder of Tripwire and IT Revolution was one of the keynote speakers on the subject of DevOps.  Gene has authored some great books on the subject: The Phoenix Project, The Visible Ops Handbook, and the soon to be released DevOps Handbook. I thought that there were four major takeaways from Gene’s discussion:

Mark Schwartz, CIO of DHS’ Citizenship and Immigration Services, was the final keynote speaker with a very interactive audience discussion on Agile in government.  Mark suggested that it’s time to move beyond the Waterfall vs Agile argument.  Agile is finding a stable footing in government and it is being adopted by more and more agencies because of the improved results that are being realized over a Waterfall approach.  Mark would like to see the discussion move to the next level:

To be sure there were many other fine speakers, discussions and interactions.  The event was well organized as always and provided me with a good mix of education and insight into the current  thinking of some of the thought leaders within the Federal government as well as the opportunity to network with other contractors in this space and a number of our government clients and partners.  I’m looking forward to next year’s summit.  It will be interesting to see how this trend of Agile adoption in government develops and matures. 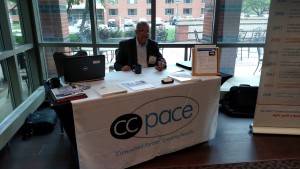