Alexa, What’s Next in Lending?

Whether delivered by a rocket or obtained at a depot, the reality is that the digital mortgage has finally arrived. Regardless how different organizations may define digital mortgage, the fact remains that mobile applications, eSignings, and eNotes are very real, with more lenders steadily getting on board.  This then begs the question, “Alexa, what’s next in lending?”

Today the answer appears to be blockchain, artificial intelligence (AI), and robotic process automation (RPA). This article takes a look at why these technologies may be the next big deal.

To begin, let’s look at blockchain, the secure distributed ledger system behind cryptocurrencies such as Bitcoin. Tim Williams, Managing Director, Institutional Equity Sales, at GMP Securities, who specializes in blockchain, told me in no uncertain terms, “Blockchain will singlehandedly completely disrupt the infrastructure of all sales transactions worldwide.” Tim went on to explain how blockchain will become a required component within the fabric of all software support systems to complete a sales transaction, especially in the banking and mortgage banking sectors. That said, Tim then issued a stern warning to those firms operating on legacy systems, “They should be most concerned since you can’t just thread blockchain into an existing architecture or infrastructure. It’s not only a preposterous experiment, but impossible.” Tim estimates that every organization is going to have to strip out their existing legacy system and replace it with a blockchain-based platform. This is a significant consideration that lenders and mortgage bankers will have to seriously ponder, especially when considering all the benefits that blockchain promises to deliver.

Blockchain is already making significant strides to help reshape the housing industry in other parts of the world, helping organizations, cities, and even countries achieve real cost savings, security, and efficiency. Ukraine’s government recently passed new laws requiring blockchain, as it is believed to be the catalyst to help drive up their real estate values, which have fallen nearly 70%. Sweden, one of the leaders in blockchain adoption, is currently in the third phase of its move to blockchain-enabled land title registry. The Swedish government believes blockchain could save their taxpayers over $100 million a year by being able to do faster loan transactions, significantly reduce paperwork, and dramatically reduce fraud. Following Sweden’s lead, the United Kingdom is completely re-designing their land registry system using blockchain as the foundation. Maria Harris, Director of Intermediary Lending, at Atom Bank in the UK, says, “blockchain allows us to get to a point where the customer might be looking at an online estate agent and clicking through to get that data as part of looking at a house and get approved, before they even engage with a lender.” Based on these success stories, it appears the US mortgage markets have some catching up to do.

Next, let’s look at artificial intelligence, or AI, also referred to as intelligent machines or machine learning. While many may think that AI is the realm of IBM’s Watson platform or nifty devices from Amazon being used in the home for simple tasks such as building shopping lists or turning on lights, a few lenders are starting to leverage AI’s capabilities to help reduce support costs, increase efficiencies, and improve the customer experience. Scott Slifer, the CEO at Sutherland Mortgage Group in Raleigh, NC highlights how they do social media monitoring using AI to scour Twitter, Instagram, and Facebook for any negative commentary that pops up so that they can address issues immediately when they are uncovered. At Atom Bank in the UK, Amazon’s Alexa platform is helping mortgage brokers by letting them access case tracking and the to-do-list on any given transaction. Alexa will communicate what cases are outstanding, what documents they’re waiting on, and who is doing a valuation on what day. One of the fastest growing banks in Europe, Atom Bank implemented a combination of AI tools, including chatbots and an avatar, to collectively reduce inbound phone calls by 92%. Atom claims the cost savings are adding up quickly, particularly when servicing over a million loans.

Lastly, lenders will need to adopt more advanced Robotic Process Automation (RPA), something that often goes hand in glove with AI. RPA is the use of software to handle high-volume, repeatable tasks that previously required humans to perform. A survey of 1,500 banks and lenders conducted by Capgemini in July 2018 found that while 40% have successfully adopted RPA using the basic RPA tools, such as imaging and programming rules to automate tasks, only 4% have gone on to use the more advanced functionality of RPA. It is estimated the machine learning component of RPA is where the real operational, long-term, cost savings will be achieved. Sarah Green, director of business development at Sutherland Mortgage Services UK, estimates that Sutherland’s 205 bots currently handle over 120,000 transactions each month, driving nearly a million dollars in monthly operating cost savings.

In another example, OCBC Bank in Singapore has been experimenting with RPA since 2015, assisting the consumer secured lending team with home loan restructuring and slashing processing time by 97%. Prior to RPA, these tasks involved an employee executing 199 process steps while toggling across five systems and 27 screens for one loan application, a process that took more than 45 minutes to complete. Now, with a well-programmed bot in place, it takes just one minute. Another bot at OCBC is assigned to the finance team to help with sales performance reporting – a task that took 120 minutes when handled by one bank employee. The RPA bot does the job in just 12 minutes. When considering bot development, Cheryl DeRoche Johnson, managing director of innovative solutions at MUFG Union Bank indicated, “you have to consider your robots as another set of staff. You wouldn’t have staff do a job without having process and procedures in place.” As a result, you’ll have to program the appropriate rules, process flows, policies, and procedures to successfully train the bots. While RPA’s machine learning capabilities are still in the very early stages, it’s apparent the savings are already adding up.

When considering the sophistication of these tools, lenders need to recognize them as being more challenging than ever to develop, integrate, and implement, but well worth the effort. So how do we get there from here? While the answer isn’t necessarily crystal clear, or the path altogether easy, one thing is for certain: the next wave of change is just starting and we all need to be involved. CC Pace is here to help you successfully transition from the current state to the future state. As we like to say: “You see problems; we see solutions.” 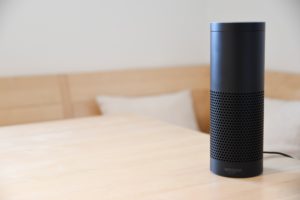