An Hour of Code, Minecraft Edition

Recently, I had one of those rare moments when my son, a 3rd grader, seemed to understand at least part of what I do for work.

He was excited to tell me about the Code Studio site (studio.code.org) that they used during computer lab at school. The site introduces students to coding concepts in a fun and engaging way. Of course, it helps to sweeten the deal with games related to Star Wars, Minecraft and Frozen.

We chose Minecraft and started working through activities together. The left side of the screen is a game board that shows the field of play, which is your character in a field surrounded by trees and other objects. The right side allows you to drag and drop colorful coding structures and operations related to the game (e.g. place block, destroy block, move forward) in a specific order. When you’re satisfied that you’ve built the program to complete the objective, you press the “Run” button and watch your character move through your instructions.

Anyone familiar with automated testing tools can relate to the joyful anticipation of seeing if your creation does the thing that it’s supposed to do (ok, maybe joy is a strong word, but it’s kind of fun). In our case, we anxiously watched as Steve, our Minecraft Hero, moved through our steps, avoiding lava and creepers along the way. If we failed and ended up taking a lava bath, we tried again. If we succeeded, the site would move us to the next objective, but also inform us that it’s possible to do it in fewer steps/lines of code (never good enough, huh?!).

Together, we were able to break down a complex problem into several smaller steps, which is a fundamental skill when building software incrementally. We also had to detect patterns in our code and determine the best way to reuse them given a limited set of statements and constructs.  For my son, it was a fun combination of gaming and puzzle solving. For me, it was nice to return to the fundamentals of working through logic to solve a problem – no annoying XML configurations or git merges to deal with.

I’m a big supporter of the Hour of Code movement and similar initiatives that expose students to programming, but feel that there’s often an emphasis on funneling kids into STEM career paths. This is all well and good for those with the interest and aptitude, but coding also teaches you to patiently and steadfastly work through problems. This can be applied to many different careers. Chris Bosh, the NBA player, even wrote an article about his interest in coding.

I encourage students of all ages to check out the Code Studio site and Hour of Code events: https://hourofcode.com 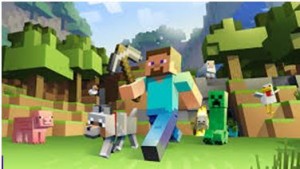