Do You Need Continuous Delivery and DevOps?

According to James P. Womack and Daniel T. Jones, “Lean Thinking is a business methodology which aims to provide a new way to think about how to organize human activities to deliver more benefits to society and value to individuals while eliminating waste.” In my opinion, Continuous Delivery and DevOps are the application of Lean Thinking to a part of the software development lifecycle. In particularly, the processes that occur from the planning of software development to deployment of the software into production.

Long cycle time or lead time
A couple of lean metrics are important measures of the amount of time it takes to deliver value to the end user. One of them starts from the moment the feature is identified (lead time). The clock starts on the other when development of a feature begins (cycle time). DevOps is more applicable to the cycle time. If your organization has long cycle times, then CD and DevOps are a great approach to reveal where those delays are and start to eliminate them.

If your development team is using Scrum, then long cycle times may already be very transparent. The development team should quickly be completing high value features regularly. But that doesn’t mean those features are getting deployed quickly.

Mistakes during deployment
When deployments do occur in your organization, are you experiencing technical issues? Ever have a roll back? These mistakes can be the result of many different causes. Generally, they come about because of the large number of manual processes during deployment. Problems occur because of communication issues between teams and a lack of familiarity with the steps necessary to deploy. Does each deployment seem new every time?

Another symptom is an organization where there is a “hero mentality” regarding deployment. What I mean by this is that there is an expectation that there will be lots of problems during deployment and some individual or small team will rescue the deployments by putting in lots of late hours, consuming multiple cans of soda, and eating pizza. This mentality is often even more entrenched when a particular individual becomes the “go to” person (the hero) for the deployments because only they know or can figure out how to do them. Sometimes the hero team or individual embraces this role, but often times they really don’t want the stress and constraints that it entails.

Large overhead in deployment process
Usually, as a direct result of the bad deployments mentioned above, organizations start to place much heavier governance on the deployment processes in an attempt to prevent mistakes. This can be manifested via complex change control processes. Usually, these are manual and include a change control board and heavy documentation (readiness reviews, traceability, etc.). As a result, deployments are slowed down even more. Sometimes so much overhead can cause a rush to get things done at the end by those that do the deployments which leads to more issues. Also, because more people are involved with the communication of what needs to be done, there is further chances of errors occurring.

User impact from deployment
Does your organization take systems offline during deployments? How long are those downtimes? And once systems are brought back online do they need to learn a large new feature set? Downtime can often have a negative impact on your mission to your users and drives a lot of organizations to deploy very infrequently. But the infrequency of deployment means that a lot of changes to the system are introduced during those deployments. Impact to users can be substantial and takes away from the value you are delivering to them.

Resistance from operations staff
Are your operations teams resistant to perform deployments? Would they rather see systems never change and just support the status quo? If so, then it is probably due to the complaints directed toward them because of the issues described above. Often they have little control to resolve those issues and feel blindsided by what they are getting from the development teams. I can assure you that it is a rare individual who enjoys the stress of a deployment gone wrong. Clearly DevOps can help with this.

Assessment
Of course, there are other measurements and policies that can be used to assess if you need to make changes to a non-DevOps environment or even improvements in your DevOps environment. Do you have more ideas or want to know more about assessing your need for DevOps, Continuous Delivery, or Continuous Deployment? Leave a comment below or contact us. 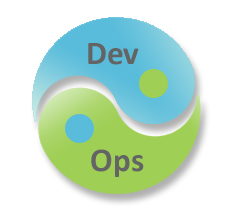