Lean : Kanban Trumps the Bad and the Ugly

A long while ago, the Boston Consulting Group (BCG) pushed its limited and ill informed conception of Lean by focussing on waste elimination. It defined what most of us believe Lean to be to this day.

Six Sigma, with relatively good mathematical science – but not perfect according to Donald Wheeler – jumped on the bandwagon of certifications with its famous – and no less dogmatic & command and control – belt structure. Although Six Sigma always quotes chapters and verses from the statistical work of the likes of Donald Wheeler, we never heard the likes of Wheeler endorse ‘Sick Stigma’ (a term borrowed from Dave Snowden) ! (Having read all of Wheeler books, I never saw a reference to Six Sigma anywhere)

A recent study from QualPro, a consulting firm that advocates an alternative quality process, points out that 53 of 58 large companies that use Six Sigma have trailed the S&P 500 ever since they implemented it. As if on cue, once-mighty proponents of the program have begun to scale back their involvement, if not abandon it outright. Two of the most recent dropouts: 3M and Home Depot. In fact, Robert Nardelli, the former CEO of Home Depot, was forced out in part because his Six Sigma program was blamed for plummeting customer satisfaction and employee morale. At 3M, management is rolling back many Six Sigma initiatives: The program, it decided, was not compatible with the spirit of innovation that had once made 3M great. Invention is an inherently risky, wasteful and chaotic process—exactly the sort of stuff Six Sigma seeks to eliminate

The essence of Lean, as depicted by David Anderson’s lean decision filter, is where we should stand : a) Value trumps flow, b) Flow trumps waste elimination, c) Waste elimination trumps economies of scale.

Waste elimination is a distant third focus. But neither BCG nor Six Sigma truly understood the spirit of Lean.

Lean Kanban University’s teachings focus on Value first where the flow of work is visually illustrated with the dominant knowledge activities driving product development. Waste is of course addressed in a system’s thinking approach inspired from the scientific work of Goldratt and Demings.

You can hop in anytime and learn more by clicking

Daniel Doiron is an Accredited Kanban Trainer (AKT) who works closely with CC Pace to deliver Kanban training and coaching to our clients. 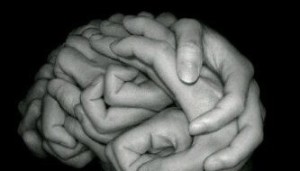