So, it was early 2009, I had been laid off and decided to relocate from Dallas to Austin. After getting established, I set out to find a job, NOT in the mortgage industry. I wanted to be more technology-focused. I searched and interviewed at many places and began receiving offers.

BUT – that mortgage tug – kept pulling at me. So, I thought this would be a suitable time for me to get back into Sales or Operations and get to see how the technology affected the users as well as how things had or had not changed. I was able to accept a position as an Underwriter and soon after oversaw a team of underwriters for a region. I got to live and breathe the end of the month cycle again, see how the technology was hampering or helping, provide tips and tricks and I really had a wonderful time.

In mid-2011, Mortgage IT (Information Technology) jobs came calling again. It took me back to Dallas where we selected and rolled out a Loan Origination System, supported Capital Markets and Warehouse software, opened a Call Center, and more. That company was sold to another company, and layoffs were beginning, so I took an opportunity and moved to Houston to do another Loan Origination Selection for another employer, among other projects. Then back to Dallas where a company had bought another company and they needed to consolidate to one system. At that last company, I was Vice President of PMO (Project Management Office). Then leadership changes occurred, and they laid off the entire PMO staff. I secured as many jobs for my people as possible and decided to investigate Consulting. At this point in my career, I had been laid off three times, and climbing that ladder just to get chopped off had become exhausting.

I have known CC Pace since 1998, as they helped us roll out automated underwriting. Following that, I worked with them throughout different employers over the years.

So, we made it happen. In September of 2015, I went to work for CC Pace as a Senior Consultant. It has been so much fun being on this side, we get to help solve so many different problems for so many different clients. From POS (Point of Sale) and LOS (Loan Origination System) Selections to Implementations, Compliance Reviews, Process Reengineering, system tune-ups, staffing reshuffling, website buildouts, security reviews, system assessments, due diligence, and more. Getting to meet so many new people from all over the country and develop relationships has been the most rewarding.

When I moved from temporary to permanent in 1992 as a Loan Processor, my mom wrote me this letter:

On 5-1-71 I began my career in the mortgage industry. Here we are 21 years later, and you are beginning your career in the mortgage industry. My beginning salary was $375 per month and over the years that income has increased 10 times +. I hope you will experience the same kind of financial rewards but more than that I hope you enjoy the work and challenges as much as I have. It’s a good business and you will work with a lot of good people. Good Luck – you deserve it.

She was and is right, my beginning wage was $7 an hour and the financial rewards have been good. But so much more than that, I love the mortgage industry. I have met some of the best people in the world and many of them I am proud to call my friends, 30 years plus, some of them. 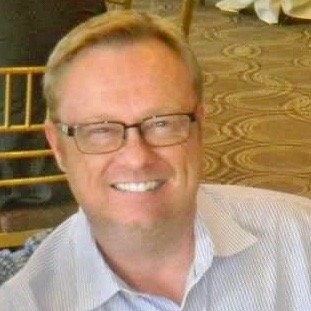 Much of what we do in this life is about the journey and nurturing good relationships along the way. On the Consulting side, we get to build so many relationships, see so many problems and help solve those problems. You see problems, we see solutions. What can I help you solve? 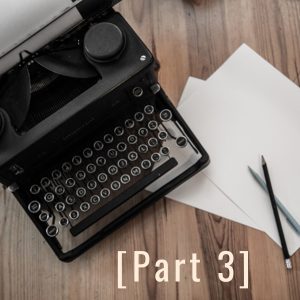