In case you missed it, check out Part 1 of this series here!

By June of 1991, I was in college, and I had been working at Albertsons, climbing the ladder, and was manager of my own department.  I had to take mandatory time off because we were trying to catch an inventory thief.  I was talking to my Mom, who was a Regional Operations Manager (ROM) for a mortgage company, and told her that I had to take this time off, but I didn’t have any plans.  She suggested that I come earn extra money by working in their Shipping Department. So, I did.  I became a part-time Shipper and Post Closer.  I loved the office life, as it was so different from the grind of the grocery business.  It was a grind, don’t get me wrong, but my clothes stayed clean all day and I was learning so much!

(By the way, we did catch the thief!)

There were not any Personal Computers (PCs) on the desks. There were smart typewriters, thermal fax machines, and we used runners (companies that would take a closing package from the mortgage company office to the title office).  There were tons of manual forms, file cabinets galore, single – double – triple hole punchers, and colored folders.  Heck, you could still smoke in the office back then.

In our department, we used a PC with FoxPro to track everything.  The first thing I did was make the database much better.  I had been dabbling in computers since I got my first TI Sinclair 1000 in the 8th grade, then graduated to a Commodore 64, then my first Hewlett Packard.

I was hungry to learn as much as I could.  I read every manual I could get my hands on. I began reading the loan documents as I stood at the copier making two copies: one to send to corporate and one to retain in the branch.  From there, I moved to Loan Setup, and this is where I revolutionized how they put the origination packages together and streamlined that operation.  I also was the WordPerfect whisperer and created, updated, and/or streamlined many forms.  The Regional Manager didn’t know how to use a computer, so when it was budget time, I was called to work in Lotus 1-2-3 and that was how I learned budgets and P&L statements.

Then in 1992, computers came.  These Data Processing folks descended upon our branch. Cables were laid and PCs were put on every desk.  I came in over the weekend and followed them around like a puppy dog.  Then, after providing some training for everyone, they left.  So, who was on-site tech support for all the PCs, the printers, the LAN? You guessed it, me.  Printer or PC not acting right? Call Greg! I would intuitively know what to show them or how to fix their issue. I watched as they struggled to enter data and then figured out that I was good at teaching people how to do things and showing them ways to do their jobs faster, more efficiently.

For my actual part-time job, I went on to work in several departments, again, trying to learn as much as I could.  My Mom who was the ROM, moved to be the Wholesale Account Executive, and now that nepotism was out of the way, I was offered the full-time job as a Loan Processor.  I quit my job at Albertsons and fully devoted myself to mortgage.

Over those first eight years in the industry, I was living the branch life and held positions such as Shipper, Post Closer, Loan Setup Clerk, Loan Officer Assistant, Quality Control Reviewer, Loan Processor, Loan Closer, Pre-Underwriter, Lock Desk Specialist, LAN Administrator, Operations Manager, Assistant Branch Manager, and Loan Officer.  I moved all around Texas, from San Antonio to Austin, and then to Dallas.

When I was in Dallas, a unique opportunity came up for me to work in the Data Processing department.  I had a direct line to this group and always shared how the system or a form could be better.  So, they offered me a job and I moved to Scottsdale, Arizona.  I also was able to be on the ground floor of rolling out laptops to our sales force.  I got to pick the laptops, load them with the software, work on the interface to the processing system, then fly about the country training and rolling them out. I got to go to conferences and branch events. I did not love living in Arizona, so when an opportunity came up for me to move back to Texas, I took it.

I worked on the Help Desk where my hours were three 12-hour days and a half-day on a Saturday once a month.  I loved that schedule.  But that schedule was short-lived, as within two months I was a Business Analyst working on the Point-of-Sale software and rolling out laptops for a much larger organization that had also bought another mortgage company.  Those were some crazy times and late nights.

I spent the next ten years of my career in Information Technology (IT) roles.  I continued to strive for and climb into higher and higher positions with more and more responsibility.  I ran Point-of-Sale Systems, Loan Origination Systems, branch and loan officer websites, then three POS systems across three company brands, then consolidation of those three systems down to one. I held the roles of Business Analyst, Team Manager, Project Manager, Program Manager, Business Information Officer, and Assistant Vice President.  It was a great time to see all the technology changes within the mortgage industry and be involved in discussions with Fannie, Freddie, HUD/FHA, VA, software vendors, C-Suite level executives, all the managers in between, down to all the individual roles.  Curating solutions that came on the heels of adapting to market changes and acquiring feedback from users.

Over almost twenty years, I came to realize that because of my production and operations background coupled with IT knowledge, I filled a great niche because I could speak the Business AND the IT languages and bridge the gaps between the groups.

Then KA-BOOM, www.ml-implode.com became daily life.  It was a terrible and scary time for anyone in the Mortgage Industry.  By the end of 2008, I, along with 10,000 people at my company, had been laid off.

By this time, I was living in Dallas, TX, and wanted to get back to Austin, TX.  So, I sold my house, turned down a lateral-down move to stay with the company that had just laid me off, and headed into the unknown.

Continue following Greg’s journey in part 3 of the series here! 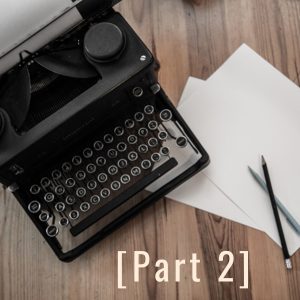