I am a mortgage baby, and proud of it!

That is what I was called, before I even started my journey in the mortgage business, a mortgage baby.

I officially began getting a paycheck in mortgage banking in early 1991, although I knew about mortgages way before I entered the business.   I am excited to have been able to evolve and grow into a Director, Mortgage Practice for CC Pace Systems, Inc. I hope to share my knowledge, wisdom, and lesson learned with our many clients.

My mom and dad were both originally in the Savings and Loan business in the early 1970s. In the late 1970s, my dad (Gerry Self) transitioned to being a Mortgage Insurance Sales Representative. My mom (Sylvia Burnett, formerly Sylvia Self) began working for a mortgage banking firm and she had a side gig, underwriting loans for the local HUD (Housing and Urban Development) office, way before Direct Endorsement. What I remember about the early days of that, was that my dad was always on the road and my mom worked a full day, then would bring home boxes of files from HUD and after getting us all nestled into our beds, she would underwrite loans.

Then in 1984, my parents went to work together at the same company. My dad was the Branch Manager, and my mom was the Operations Manager. They opened the Killeen branch, then we moved to San Antonio, and they opened that branch. I would work many hot Texas summer days from 1984-1986 at that company. I did some light clerical work, like answering the phones, filing, typing, organizing, fetching. Lots of fetching.

What I remember from that was that there were no fax machines and certainly no computers. There were typewriters, IBM Selectric III’s, everywhere. The FHA (Federal Housing Administration) forms were multi-page with all sorts of colors with carbon paper in between. There was liquid paper in several colors; Acco punchers and fasteners; file folders and file cabinets; staplers and staple pullers; three-hole punchers; blue pens and red pens. The blue pens were so you could tell it was an original signature.  The red pens were used by the underwriters, who, I assumed like teachers, graded your work.

Paper and manual everything was king. Automation was not even a sparkle in anyone’s eyes.

In November of 1986, I turned 16. Over the Thanksgiving holiday, while we were in Lubbock, TX with the grandparents, my parents bought me a 1981 Buick Skylark for $2,000. I got to drive it all the way back to San Antonio, it was awesome. After unpacking from our trip and settling back in, one day after school my mom came to me. She sat me down and very sternly let me know that it was time to find a job. So off I went to the nearest Albertsons, turned in my application, and was interviewed.  I was hired that day and I started the very next day. I came home and let my parents know and my mother was flabbergasted, thinking that it would take me more than a few hours to land a job. So, in December of 1986, I started my job as a Courtesy Clerk (Bagger) at Albertsons on the corner of San Pedro and Thousand Oaks and left the mortgage world behind me. Or so I thought…

Follow Greg’s journey in part 2 of the series here!

One Response to “Mortgage Baby” 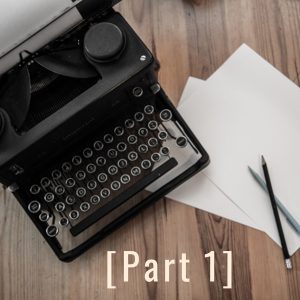