“Your Majesty,” [German General Helmuth von] Moltke said to [Kaiser Wilhelm II] now, “it cannot be done. The deployment of millions cannot be improvised. If Your Majesty insists on leading the whole army to the East it will not be an army ready for battle but a disorganized mob of armed men with no arrangements for supply. Those arrangements took a whole year of intricate labor to complete”—and Moltke closed upon that rigid phrase, the basis for every major German mistake, the phrase that launched the invasion of Belgium and the submarine war against the United States, the inevitable phrase when military plans dictate policy—“and once settled it cannot be altered.”
Excerpt From: Barbara W. Tuchman. “The Guns of August.”

In my spare time, I try to read as much as I can. One of my favorite topics is history, and particularly the history of the 20th century as it played out in Europe with so much misery, bloodshed, and finally mass genocide on an industrial scale. Barbara Tuchman’s book, The Guns of August, deals with the factors that led to the outbreak of WWI. Her thesis is that the war was not in any way inevitable. Rather, it was forced on the major powers by the rigidity of their carefully drawn up war plans and an inability to adjust to rapidly changing circumstances. One by one, like dominos falling, the Great Powers executed their rigid war plans and went to war with each other.

Although the consequences are far less severe, I occasionally see the same thing happen on projects, and not just software projects. A lot of time, perhaps appropriately, perhaps not, is spent in planning. The output of the planning process is, of course, several plans. Inevitably, after the project runs for a short while, the plans begin to diverge from reality. Like the Great Powers in the summer of 1914, project leadership sees the plans as destiny rather than guides. At all costs, the plans must be executed.

Why is this? I believe it stems from the fallacy of sunk cost: we’ve spent so much time on planning and coming up with the plans, it would be too expensive now to re-plan. Instead, let’s try to force the project “back on plan”. Because of the sunk cost of generating the plans, too much weight is placed upon them.

Hang on, though. I’ve played up the last part of the quote above – the part that emphasizes the rigidity of thinking that von Moltke and the German General Staff displayed. What about the first part of his statement? Isn’t it true that “the deployment of millions cannot be improvised”? Indeed it is. And that’s true in any non-trivial project as well. You can’t just start a large software project and hope to “improvise” along the way. So now what?

I believe there’s great value in the act of planning, but far less value in the plans themselves. Going through a process of planning and thinking about how the project is supposed to unfold tells me several things. What are the risks? What happens at each major point of the project if things don’t go as planned? What will be the consequences? How do we mitigate those consequences? This kind of contingency planning is essential.

Here’s how I usually do contingency planning for a software development project. Note that I conduct all these activities with as much of the project team present as is feasible to gather. At a minimum, I include all the major stakeholders.

First, I start with assumptions, or constraints external to the project. What’s our budget? When must the product be delivered? Are there non-functional constraints? For example, an enterprise architecture we must embed within, or data standards, or data privacy laws?

Next, I begin to challenge the assumptions. What if we find ourselves going over budget? Are we prepared to extend the delivery deadline to return to budget? I explore how the constraints play off against each other. Essentially, I’m prioritizing the constraints.

Then comes release planning. I try to avoid finely detailed requirements at this point. Rather, we look at epics. We try to answer the question, “What epics must be implemented by what time to generate the Minimum Value Product (MVP)?” Again, I challenge the plan with contingencies. What if X happens? What about Y? How will they affect the timeline? How will we react?

I don’t restrict this planning to timelines, budgets, etc. I do it at the technical level too. “We plan to implement security with this framework. What are the risks? Have we used the framework before? If not, what happens if we can’t get it to work? What’s our fallback?”

The key is to concentrate not just on coming up with a plan, but on knowing the lay of the land. Whatever the ideal plan that comes out of the planning session may be, I know that it will quickly run into trouble. So I don’t spend a lot of time coming up with an airtight plan. Instead, I build up a good idea of how the team will react when (not if) the plan runs aground. Even if something happens that I didn’t think of in the planning, I can begin to change my plan of attack while keeping the fixed constraints in mind. I have a framework for agility.

Never forget this: when the plan diverges from reality, it’s reality that will win, not the plan. Have no qualms about discarding at least parts of the plan and be ready to go to your contingent plans. Do not let “plans dictate policy”. And don’t stop planning – keep doing it throughout the project. No project ever becomes risk-free, and you always need contingencies. 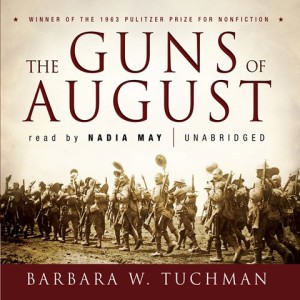