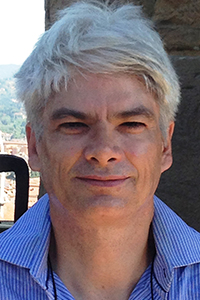 Daniel Doiron has been involved in IT since 1981 in a wide range of roles and responsibilities, primarily in client-facing consulting projects covering the government, banking, insurance, and telecom industries to name a few.

Daniel’s involvement with Agile started with Scrum in 2005 and more recently with Kanban and Management 3.0. Daniel was selected to speak at the Scrum Alliance Global Gathering in Shanghai and at the Lean Kanban North America Conference in Miami. He is also a frequent speaker on Kanban topics for the local (Montreal) chapters of both the PMI and Agile Alliance.

Daniel is also busy developing a new dimension to the Kanban coaching stance and integrating it to Patrick Steyaert’s thought leadership. Recently, Daniel received an  acknowledgment for his contribution in the ‘Essential Kanban Condensed’ guide published by David Anderson and Andy Carmichael.

Daniel has chosen to work with managers who have been left behind by the Agile movement since the top 5 Agile methods (Scrum, XP, FDD, Crystal, Dynamics) offer more than 50 roles to the various actors: yet not a single one for management! This is where he comes in, providing more effective and efficient management skills and tools.

Trained in the traditional CPA-CMA, MBA and PMI archetypes, Daniel seamlessly bridges the various gaps to the new Agile and Lean paradigms of thinking and acting. He loves systems, enjoys measuring improvement while embracing teamwork that actually works!

Daniel holds a B.Comm (MIS), an MBA, a PMP and is also a CPA-CMA from the Province of Quebec. For Agile certifications, Daniel holds a CSP, an AKT and is a Certified Management 3.0 facilitator.