Do you ever think about why there are some things in your life that that you do year in and year out, while others fall by the wayside?  For me, I’ve played in a Thanksgiving neighborhood football game every year since we moved into our house in 1994 and I’ve gone on a golfing trip to Las Vegas with some high school and college buddies since my wife arranged the first one for my 40th birthday (she might have re-thought the idea had she known it would become an annual event).  While you likely don’t know early on what will have staying power, certain events become meaningful in the tradition they become, the camaraderie they build, and the enjoyment they create both during the event and throughout the year telling stories about it.

While these examples cited above have limited to no societal significance, one tradition of mine that does is my attendance at the annual gala for So Others Might Eat (SOME) which just recently occurred.  I’ve been on SOME’s Corporate Advisory Board for the past 18 years and I’ve attended every one of their annual galas during that time except for one (I hope one unavoidable personal conflict in 18 years is excusable).

A little about SOME:  SOME was founded by Father Horace McKenna in 1970 as a soup kitchen to feed DC’s homeless. Under the extraordinary vision and leadership of Father John Adams, SOME expanded its purpose and has taken a more holistic approach to address this critical issue. On top of serving nearly 400,000 meals per year, SOME now offers a comprehensive set of programs to meet the needs of the homeless and to directly address some of the root causes that keep one homeless.  These include: medical and dental clinics; a drug rehabilitation facility; behavioral health services; temporary, transitional, and permanent affordable housing; and a center for employment training. As best expressed in its Mission Statement, SOME is “restoring hope and dignity one person at a time”.

Notwithstanding the enormous number of volunteers who donate their time to the organization, these programs require money to operate. As its major fundraising event, SOME holds its annual Gala to celebrate its work, to present the SOME McKenna Humanitarian award (this year’s honorees were Raul Fernandez, CEO, Object Video and Vice Chairman, Monumental Sports and Linda Jo Smith, Chair, SOME Board of Directors), and to support their programs.  Many of this year’s proceeds are earmarked towards development of a brand-new facility on Benning Road in DC that will include housing, job training, a medical clinic, offices and retail.  This building will greatly expand on SOME’s ability to serve the needy.

As soon as the gala date is announced, I block it off on my calendar.  So why do I attend every year?

It is a tradition that I look forward to and an event that I enjoy attending.  I love the camaraderie among SOME’s Corporate Advisory Board who, like me, religiously attend and support the event. And I get immense enjoyment and personal satisfaction, in this case from hearing about the impacts that we are making in helping to address this significant societal problem that would only get worse if not for organizations like SOME.

Somewhat the same reasons as my annual football game and golf trip, but with a whole lot more purpose. 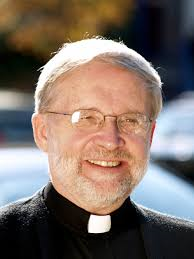 Father John Adams, President of SOME 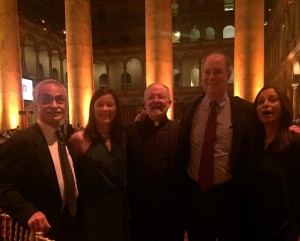