Having lived in Washington DC area for over 25 years, my experience caused me to presume that the majority of the audience at the Agile 2015 Washington DC would primarily consist of people working in the public sector, given our geographical proximity to a long list of federal agencies. It was not unrealistic for me to expect that the speakers at the conference might tailor their presentations and discussions to this type of audience. The audience actually turned out to be quite diverse, rendering my assumptions inaccurate. However, I could not help to feel somewhat validated after listening to the first key note speaker.  Indeed, the opening presentation by Luke Hohmann entitled “Awesome Super Problems” focused on tackling “wicked problems” such as budget deficits and environmental challenges. Wicked problems, as described by Mr. Hohmann, are not technical in nature and cannot be solved by small Agile teams of 6-8 people. These problems deal more with strategic decision-making that may result in long-term consequences, intended as well as unintended. They impact millions of people and they require broad consent as well as governance. Hailing from the San Jose, California, Mr. Hohmann discussed how implementation of Agile methodologies helped the city tackle some “wicked problems” such as a budget deficit of 100 million dollars.

Planning and Executing
Solving major problems such as budget shortfalls generally require a great deal of collaboration between stakeholders with competing priorities. Mr. Hohmann stressed that the approach should focus on collaboration over competition, or in Agile terminology, “customer collaboration over contract negotiation”. Easier said than done? Maybe… To help facilitate this collaboration, Mr. Hohmann assembled a conference of public servants such as city planners, police and fire chiefs, and other community leaders. There were several discovery sessions where people could get answers to questions like how much money would be saved if the fire department removed one firefighter from their teams and what impact to safety that may entail. The group was broken down into small tables of no more than 8 people and one facilitator provided by Mr. Hohmann. The group was presented with the list of major budget items and subsequently was compelled to engage in budget games  in which participants were basically bidding to get their high priority budget items included in the next budget and negotiate cuts by trading these items. Afterwards the players had a retrospective and offered feedback.

Retrospective and Outcome
Feedback provided by the participants showed that competition was replaced by collaboration. Participants tended not to get into heated arguments because the games inherently encouraged compromise. Small groups helped cut down on distractions and side conversations. The participants also reported that the game was fair since every player possessed equal bidding power. Interestingly, the final outcome resulted in surprising consensus over the budget items, as the majority of the participants actually ended up prioritizing their items very similarly after the competition aspect was removed. The “democratic” aspect of the collaborative approach helped eliminate animosity and partisanship which are not uncommon, as have been witnessed in the U.S federal budget negotiations. This experiment seemed to yield the desired outcome of tackling the imbalanced budget and was touted as a success, attracting attention of more San Jose residents.

Scaling
To tackle other public issues such as school overcrowding and water shortages, Mr. Hohmann attempted to repeat the process, but the number of participants has increased to the point where a large conference hall was needed. In order not to upset the budget by renting a giant conference hall, Mr. Hohmann and the local government set up an online forum that accepted a virtually unlimited number of participants, yet still assigning them to groups of about eight people and increasing the number of groups. The participants played other games such as Prune the Product Tree which basically involves prioritizing the list of problems the public wants to tackle. The feedback was even more positive as the majority of the participants actually preferred the online setting even more. They reported even less distractions. The data was easier to collect and aggregate, giving the participants almost an immediate view of how the game was progressing and how the priorities were moving.

Conclusion
One main takeaway I got from Mr. Hohmann’s presentation is one of encouragement to be creative. Mr. Hohmann stressed the importance of focusing on what he described as “common ground for action”. The idea is to focus on generating a list or backlog of actionable items. The process or exercise to get to the desired state can vary, and Agile methodologies can help folks get there, even when tackling wicked problems. 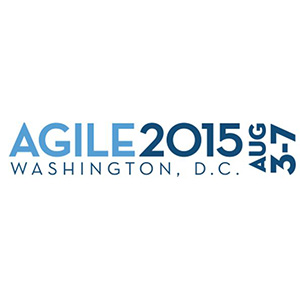