This year marked the 32nd Annual Gala and Silent Auction held by SOME (So Other Might Eat).  SOME is an interfaith, community-based organization led by Father John Adams, to help the homeless and poor of our nation’s capital. They provide basic needs of food, clothing, and health care to those in need on a daily basis, as well as job training, addiction treatment, and temporary housing  to assist in long-term needs geared towards eliminating their current homeless situation.

The Gala and Silent Auction funds for the last 32 years have helped to ensure that SOME is able to sustain their services for another year. Suzanne Clark, a member of our Corporate Advisory Board, was this year’s Silent Auction Chair. Suzanne has been a part of the Silent Auction committee for the past 15 years and her support and leadership has been critical to SOME.

The Silent Auction consists solely of generous donations by businesses and individuals. Auction items this year did not disappoint the nearly 700 guests who attended the Gala. So many wonderful items to bid on were available, with highlights including: Ambassador-hosted embassy dinners, tickets to top concerts, grand getaways, fine wines, family activities and spa packages. CC Pace President and SOME Corporate Advisory Board Member, Mike Gordon and his wife Tracy donated a New England Clambake for 20 guests that brought in a winning bid of $1,100 to help the homeless. The total amount raised from this year’s Gala and Silent Auction was approximately $1.1M.

Each year, SOME presents the Father Horace McKenna Humanitarian of the Year Award to individuals who have performed outstanding work to benefit the poor and homeless in Washington DC.  This year Allison and Matthew Shay were the honorees and were highlighted for their volunteerism as event chairs and committee members, their in-kind donations, their fundraising and their own generous financial contributions.

Each year CC Pace is proud to be a supporter of SOME and the services they provide to those less fortunate in our community. Visit SOME.org to learn more about this organization and how you can help. 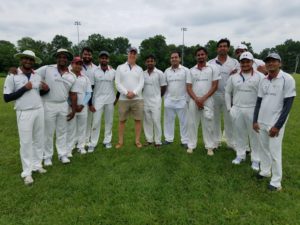