The “Agile Business Analyst” – The “Jose Oquendo” of Your Scrum Team

As I write this blog entry, I’m hoping that the curiosity (or confusion) of the title captures an audience. Readers will ask themselves, “Who in the heck is Jose Oquendo? I’ve never seen his name among the likes of the Agile pioneers. Has he written a book on Agile or Scrum? Maybe I saw his name on one of the Agile blogs or discussion threads that I frequent?”

In fact, you won’t find Oquendo’s name in any of those places. In the spirit of baseball season (and warmer days ahead!), Jose Oquendo was actually a Major League Baseball player in the 1980’s, playing most of his career with the St. Louis Cardinals.

Perhaps curiosity has gotten the better of you yet again, and you look up Oquendo’s statistics. You’ll discover that Oquendo wasn’t a great hitter, statistically-speaking. His career .256 batting average and 14 homeruns over a 12 year MLB career is hardly astonishing.

People who followed Major League Baseball in the 1980’s, however, would most likely recognize Oquendo’s name, and more specifically, the feat which made him unique as a player. Oquendo has done something that only a handful of players have ever done in the long history of Major League Baseball – he’s played EVERY POSITION on the baseball diamond (all nine positions in total).

Oquendo was an average defensive player and his value obviously wasn’t driven from his aforementioned offensive statistics. He was, however, one of the most valuable players on those successful Cardinal teams of the 80’s, as the unique quality he brought to his team was derived from a term referred to in baseball lingo as “The Utility Player”. (Interestingly enough, Oquendo’s nickname during his career was “Secret Weapon”.)

Over the course of a 162-game baseball season, players get tired, injured and need days off. Trades are executed, changing the dynamic of a team with one phone call. Further complicating matters, baseball teams are limited to a set number of roster spots. Due to these realities and constraints of a grueling baseball season, every team needs a player like Oquendo who can step up and fill in when opportunities and challenges present themselves. And that is precisely why Oquendo was able to remain in the big leagues for an amazing 12 years, despite the glaring deficiency in his previously noted statistics.

Before we get into the opportunities afforded to BA’s in today’s Agile world, first, a little walk down memory lane. Historically (and generally) speaking – as these are only my personal observations and experiences – a Business Analyst on a Waterfall project wrote requirements. Maybe they also wrote test cases to be “handed off” and used later. In many cases, requirements were written and reviewed anywhere from six to nine months before documented functionality was even implemented. As we know, especially in today’s world, a lot can change in six months.

I can remember personally writing requirements for a project in this “Waterfall BA” role. After moving onto another project entirely, I was told several months down the road, “’Project ABC’ was implemented this past weekend – nice work.” Even then, it amazed me that many times I never even had the opportunity to see the results of my work. Usually, I was already working on an entirely new project, or more specifically, another completely new set of requirements.

From a communications perspective, BA’s collaborated up-front mostly with potential users or sellers of the software in order to define requirements. Collaboration with developers was less common and usually limited to a specific timeframe. I actually worked on a project where a Development Manager once informed our team during a stressful phase of a project, “please do not disturb the developers over the next several weeks unless absolutely necessary.” (So much for collaboration…) In retrospective, it’s amazing to me that this directive seemed entirely normal to me at the time.

Communication with testers seemed even rarer – by the very definition, on a Waterfall project, I’ve already passed my knowledge on to the testers – it’s now their responsibility. I’m more or less out of the loop. By the time the specific requirements are being tested, I’m already off onto an entirely new project.

In my personal opinion the monotony of the BA role on a Waterfall project was sometimes unbearable. Month-long requirements cycles, workdays with little or no variation, and some days with little or no collaboration with other team members outside of standard team meetings became a day to day, week to week, month to month grind, with no end in sight.

Fast-forward several years (and several Agile project experiences) and I have found that the role of today’s Agile Business Analyst has been significantly enhanced on teams practicing Agile methodologies and more specifically, Scrum. Simply as a result of team set-up, structure, responsibilities – and most importantly, opportunities – I feel that Agile teams have enhanced the role of the Business Analyst by providing opportunities which were never seemingly available on teams using the traditional Waterfall approach. There are new opportunities for me to bring value to my team and my project as a true “Utility Player”, my team’s Jose Oquendo.

The role of the Agile BA is really what one makes of it. I can remain content with the day to day “traditional” responsibilities and barriers associated with the BA role if I so choose; back to the baseball analogy – I can remain content playing one position. Or, I can pursue all of the opportunities provided to me in this newly-defined role, benefitting from new and exciting experiences as a result; I can play many different positions, each one further contributing to the short and long-term success of the team.

Today, as an Agile BA, I have opportunities – in the form of different roles and responsibilities – which not only enhance my role within the team but also allow me to add significant value to the project. These roles and responsibilities span not only across functional areas of expertise (e.g. Project Management, Testing, etc.) but they also span over the entire lifetime of a software development project (i.e. Project Kickoff to Implementation). In this sense, Agile BA’s are not only more valuable to their respective teams, they are more valuable AND for a longer period of time – basically, the entire lifespan of a project. I have seen specifically that Agile BA’s can greatly enhance their impact on project teams and the quality of their projects in the following five areas:

We’ll elaborate – in a follow-up blog entry – specifically how Agile BA’s can enhance their role and add value to a project by directly contributing to the five functional areas listed above. 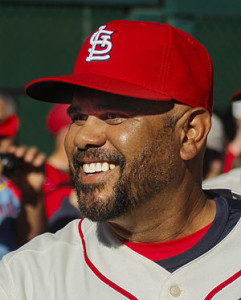