I signed up for Agile, but it sure feels like waterfall. What can the Product Owner do about it?

As I mentioned in the introductory post in this series, an issue I frequently see with underperforming Agile teams is that work always spills over from one iteration into the next. Nothing ever seems to finish, and the project feels like a waterfall project that’s adopted a few Agile ceremonies. Without completed tasks at iteration planning meetings (IPMs), there’s nothing to demo, and the feedback loop that’s absolutely fundamental to any Agile methodology is interrupted. Rather than actual product feedback, IPMs become status meetings.

In this post, let’s look at how a Product Owner can help ensure that tasks can be completed within an iteration. As a developer myself, I’m focusing on the things that make life easier for the development team. Of course, there’s a lot more to being a good Product Owner, and I encourage you to consider taking a Scrum Product Owner training class (CC Pace offers an excellent one).

First and foremost, be willing to compromise and prioritize. An anti-pattern I observe on some underperforming teams is a Product Owner who’s asked to prioritize stories and replies, “Everything is important. I need everything.” I advise such teams that when you ask for all or nothing, you will never get all; you will always get nothing. So don’t ask for “all or nothing”, which is what a Product Owner is saying when they say everything has a high priority.

As a Product Owner, understand two serious implications of saying that every task has a high priority.

The consequence of “everything has a high priority” is that the developers have no way to break epic stories down into smaller stories that fit within an iteration. Everything ends up as an epic, and the developer team tends to focus on one epic after another, attempting to deliver complete epics before moving on to the next. It’s almost certain that no epic can be completed in one 2-week iteration, and so work keeps on spilling over to the next iteration and the next and the next.

Second, work with the developer team to find out how much of each story can be delivered in an iteration. Keep in mind that “delivered” means that you should be able to observe and participate in a demo of the story at the end of the iteration. Not a “prototype”, but working software that you can observe. Encourage the developers to suggest reduced functionality that would allow the story to fit in an iteration. For example, how about dealing only with “happy path” scenarios – no errors, no exceptions? Deal with those edge cases in a later iteration. At all costs, move towards a scenario where fully functional (that is, actually working) software is favored over fully featured software. Show the team that you’re willing to work with the evolutionary and incremental approach that Agile demands.

At the end of a successful IPM, you as the Product Owner should have:

Finally, make yourself available for quick decisions during the iteration. No plan survives its first encounter with reality. There will always be questions and problems the developers need to talk to you about. Be available to talk to them, face to face, or with an interactive medium like instant messaging or video chat. Be prepared to make decisions…

Developer: “Sorry, I know we said we could get this story done this iteration, but blahblah happened and…”

Developer: “We would have to leave out the blahblah.”

Next post, I’ll talk about what developers should concentrate on to make sure some functionality is delivered in each iteration.

2 Responses to “I signed up for Agile, but it sure feels like waterfall. What can the Product Owner do about it?” 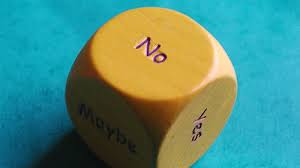